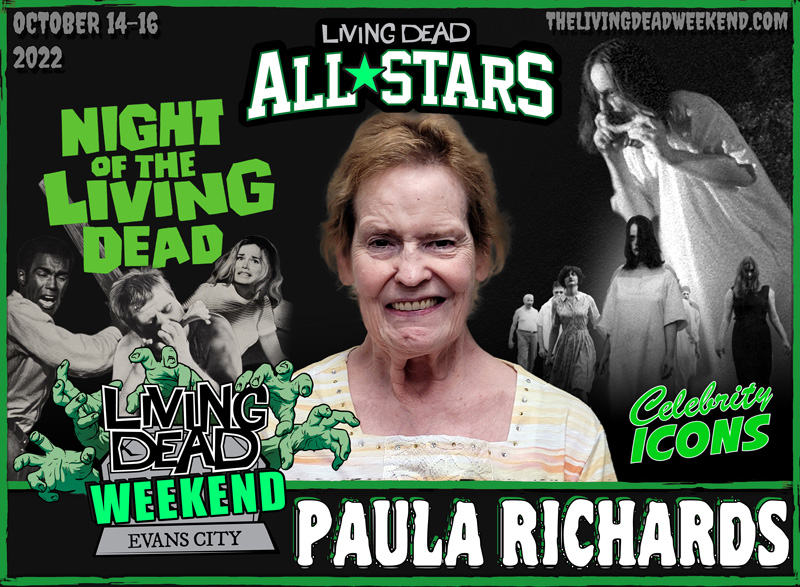 Board up the windows and the doors, because here come the GHOULS!

Joining the Living Dead Weekend's “ALL-STARS” line-up is NIGHT OF THE LIVING DEAD's goth ghoul and fan favorite, PAULA RICHARDS!  Paula was working for Hardman Associates during the production of George Romero's modern horror classic, and so appeared as the world-famous ghoul in the hospital gown, as well as a typist in the newsroom together with TV newscaster Charles Craig.

Paula's last appearance at the Evans City event was in 2018 for NIGHT OF THE LIVING DEAD's 50th anniversary, so don't miss your opportunity to meet her at the LIVING DEAD WEEKEND October 14-16, 2022!  Details, new venue info and ticketing are now available on the website at www.thelivingdeadweekend.com