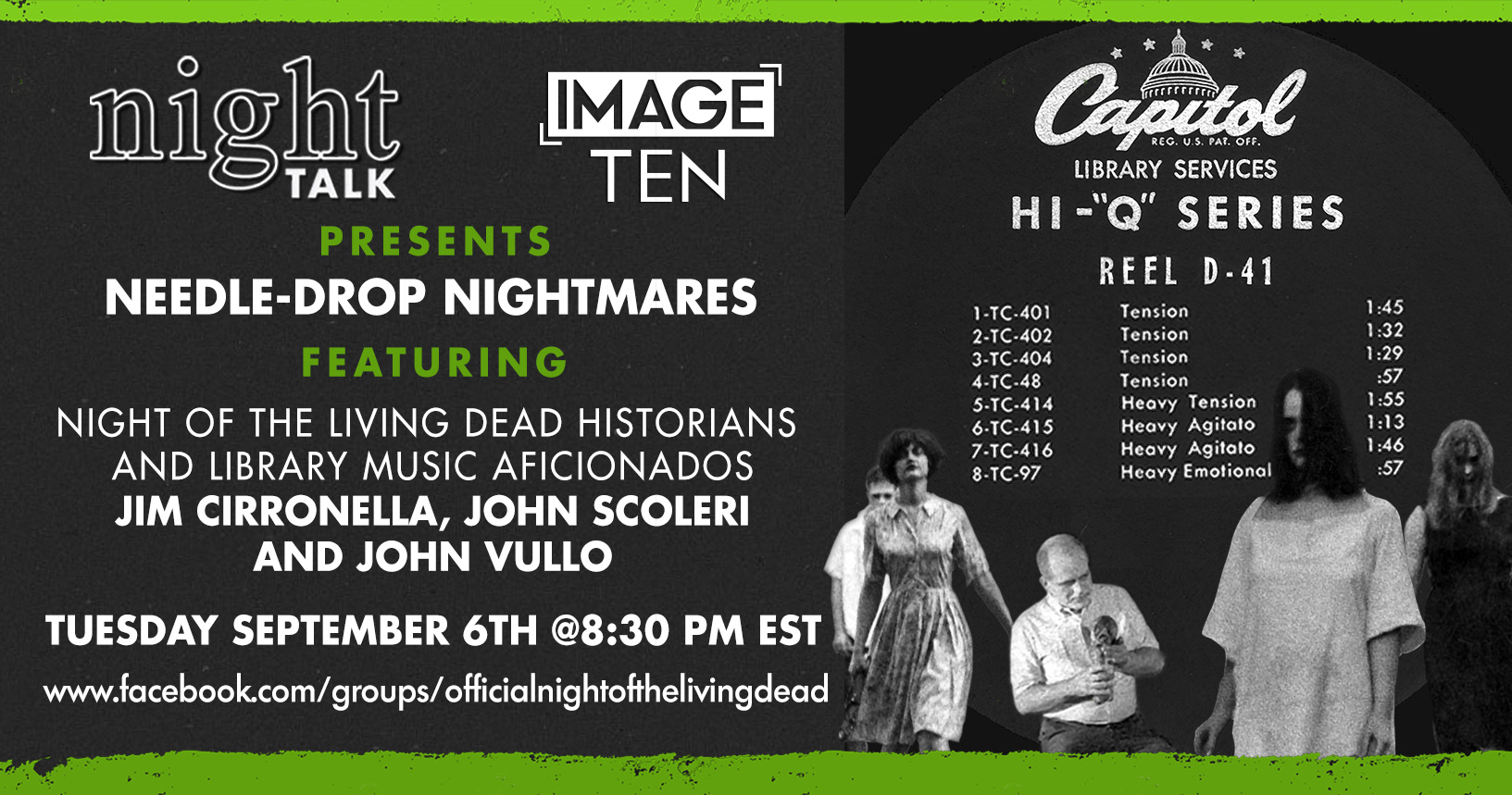 Turn up the volume on the next NIGHT Talk with the Image Ten posse, as Night of the Living Dead historians and library music aficionados Jim Cirronella, John Scoleri and John Vullo journey into the depths of the Capitol Hi-Q music library in search of the film's enduring soundtrack!

A weird and eerie suspense-filled episode of "Needle-drop Nightmares"

The live stream was September 6, 2022, in the Official George A. Romero's NIGHT of the LIVING DEAD Facebook group