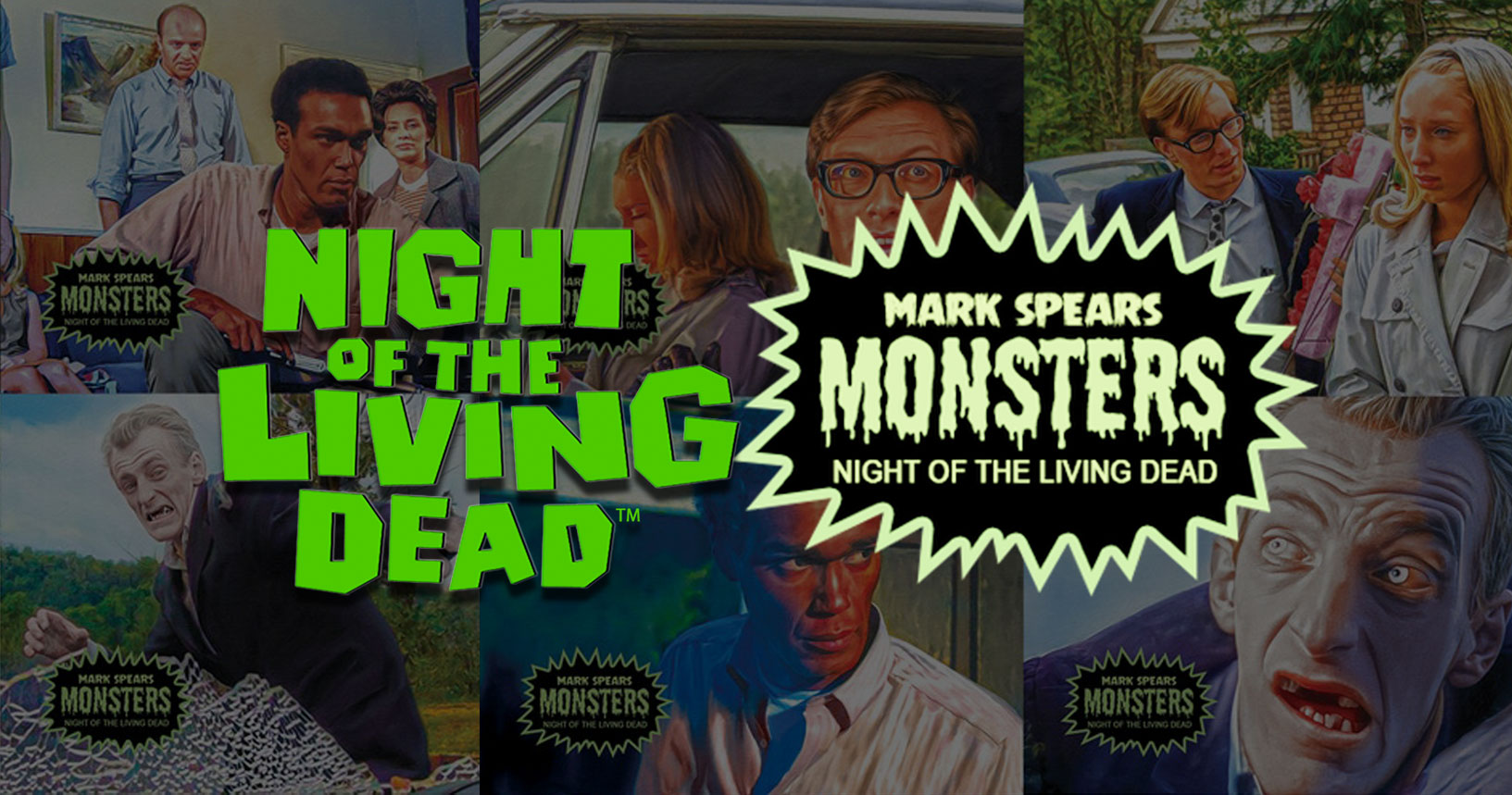 It's official! First Joe Bob Briggs and now this Horror Classic! We are adding 13 Night of the Living Dead cards to the Mark Spears Monsters Halloween Edition Series!!!! All new artwork on every card and limited and numbered as well. These will be randomly inserted in packs and you can also get them in the complete sets as a reward on kickstarter. Go to spearsmonsters.com or search for Mark Spears Monsters on Kickstarter. #markspearsmonsters

Featuring all-new, full-color artwork on every card and strictly limited to 299 of each style, these cards will be randomly inserted in box packs and booster boxes. You can also get the complete 13-card NOTLD subset by backing the Monster Complete Set tier on Kickstarter.

Super-rare NOTLD autograph cards will unlock once the campaign reaches $27,000! For more info: 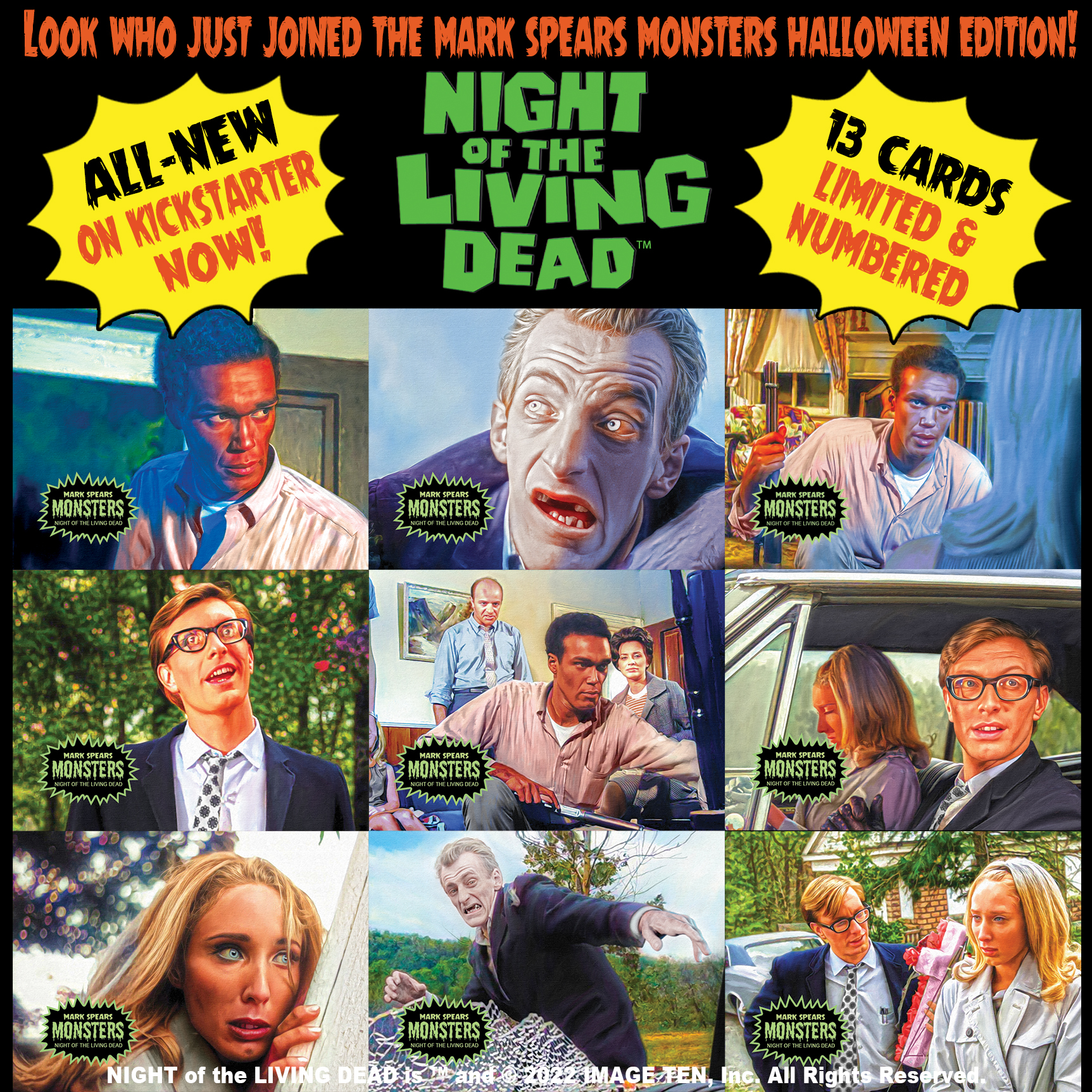 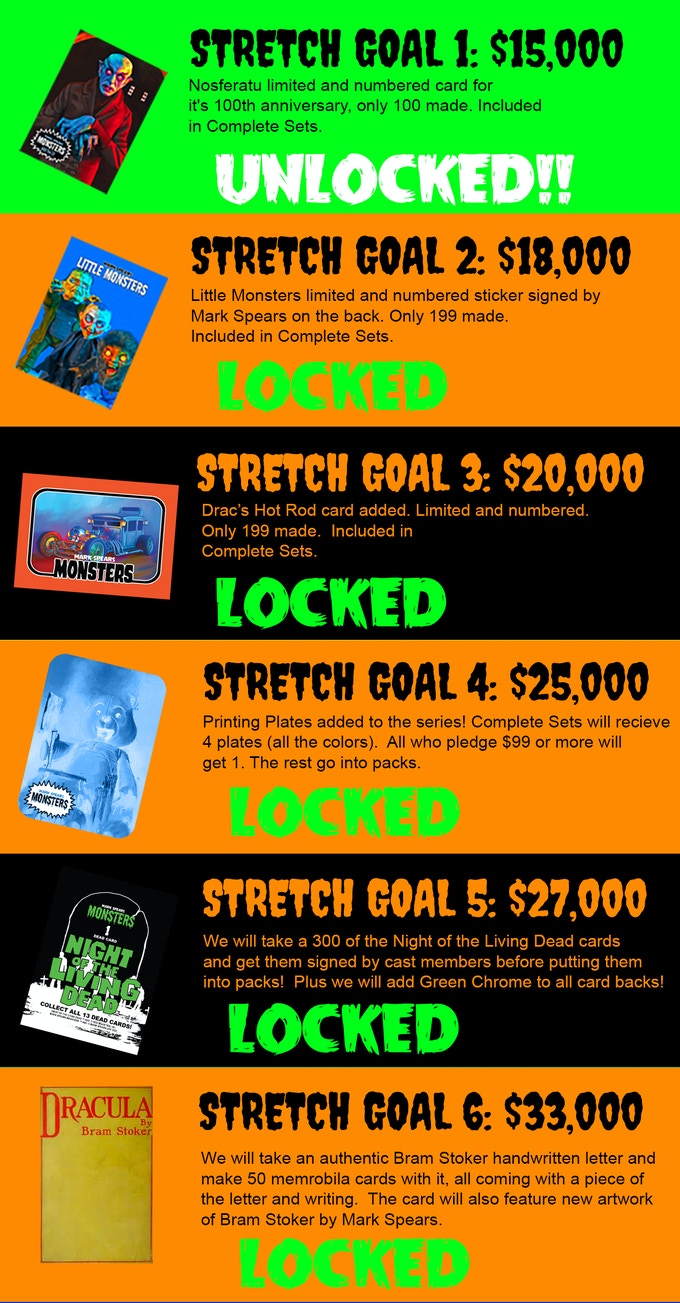