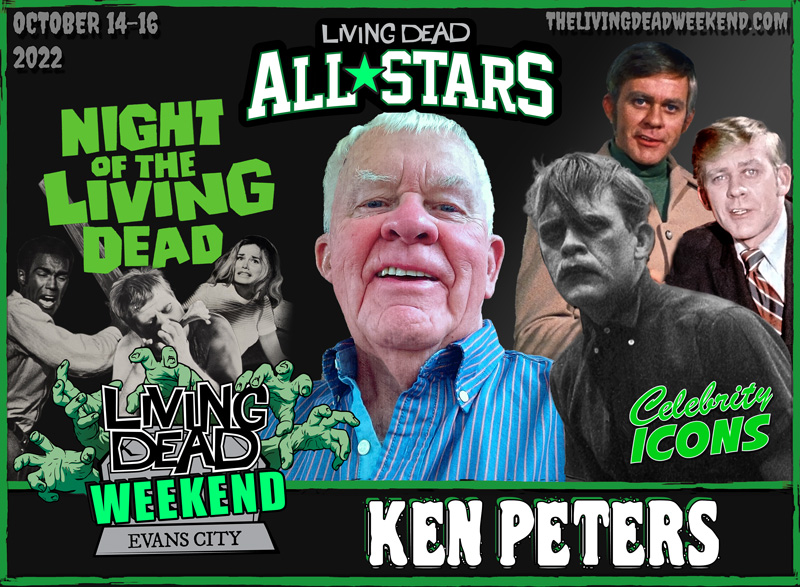 Joining the “ALL-STARS” team of key players from films of the late, great George A. Romero, is the first-ever guest appearance of Ken Peters, who portrayed a flesh-eating ghoul in the original NIGHT OF THE LIVING DEAD.   As an advertising client of The Latent Image, Ken was a familiar face in subsequent films, appearing as a TV host interviewing Richard France in THERE'S ALWAYS VANILLA and as the real estate agent from Hell in SEASON of the WITCH.

Don't miss your opportunity to meet this rare guest from the early era of George Romero's films,, only at the LIVING DEAD WEEKEND October 14-16, 2022!  Details, new venue info and ticketing are now available on the website at www.thelivingdeadweekend.com