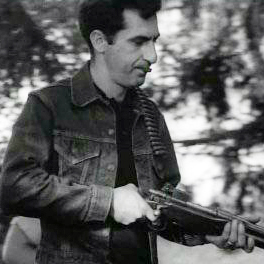 Anthony was a letter carrier for more than 30 years after holding several  other jobs.

He began doing pyrotechnics with Lisbon Fireworks Company in Ohio and for Zambelli in New Castle.

While working on Night of the Living Dead, he created the Special Effects and explosions along side his good friend Regis Survinski. Tony also starred in the film as a posse member, hunting down the undead ghouls.

According to Regis Survinski, Tony had also played a Ghoul for one night while filming, but it wasn't until the recent "Who's that Ghoul" episode of NIGHT Talk, that Gary Streiner identified his Ghoul character in the film.

In some of the scenes this Ghoul can be seen standing next to an area where Harry Coopers Molotov cocktails land and explode. As Tony was a pyrotechnician,

he would probably have been setting the fire as George shouted action.