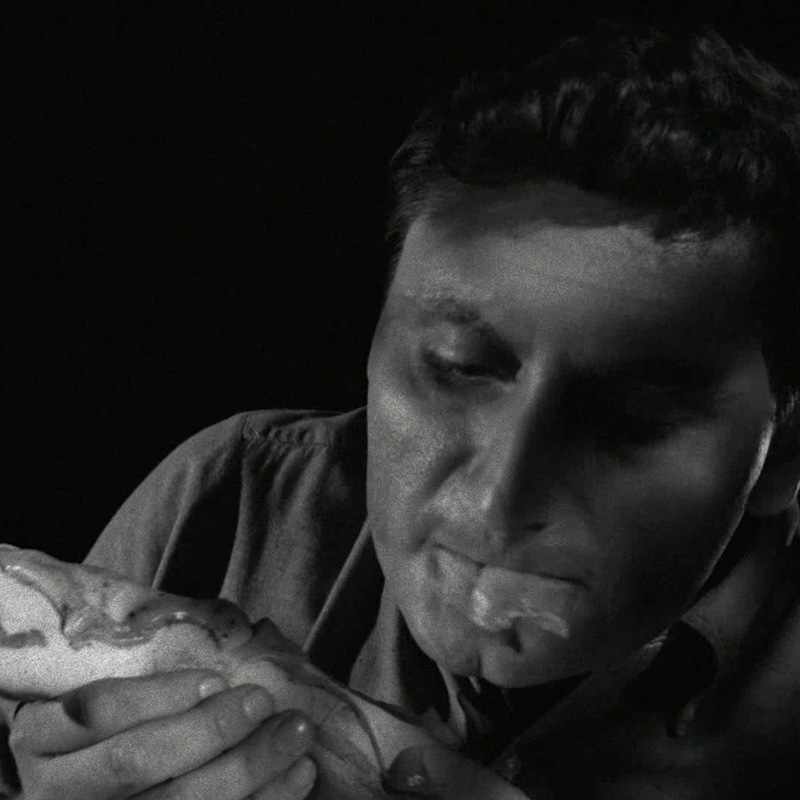 Rudy Ricci was a Ghoul in the 1968horror film "Night of the Living Dead."

That isn't going to happen again.He has been cremated.

"He would love that,"Mary Jane Ricci said laughing Thursday night, recalling her husband and his sense of humor. "He would find that amusing."

Rudolph J. "Rudy" Ricci of Clairton, a writer and filmmaker who was part of the idea mill behind the horror classic, died Thursday March 8 following a fall likely exacerbated by health problems. He was 72.

Born in McKeesport, Mr. Ricci was tormented at a young age by a defect in his right leg that, when weakened by a virus, would give him fevers, Ms. Ricci said. Still, he graduated from Clairton High School and studied acting at the Pittsburgh Playhouse theater school and at the University of Pittsburgh. He didn't pursue acting as a career, though,fearing he might have an attack on stage. Yet Ms. Ricci said it never kept him down.

"Rudy just loved life and he never let anything defeat him," she said. "I never saw anybody with such an outlook on life."

Rudy was a talented actor, writer,producer and director. He got his start as an actor while attending the University of Pittsburgh in the early 1960s, where he starred in the Pitt Players stage production of "The Hairy Ape" for which he received rave reviews.

As a Pitt student, Mr. Ricci'swriting blossomed, earning him awards from the Atlantic Monthly for his poetry and short stories.

Along the way, he became friends with George A. Romero and Russell Streiner, whom he met at the Pittsburgh Playhouse,  the three of them started the Latent Image, the company that locally wrote, produced and directed the cult classic, "Night of the Living Dead".

The story that inspired countless zombies films for years to come was dreamed up and written in the Green Tree apartment Mr. Ricci shared with his wife, she said.

Ms. Ricci said they were the only ones in their coterie with an apartment, so it became a revolving door of actor and writer friends, a de facto idea chamber.

Before that film, the team would run around town on Saturday afternoons shooting "zany" vignettes,including one "about little people coming from Mars," Ms. Ricci said.The crew shot skits in Oakland, Schenley Park and even at Kennywood Park, where Ms. Ricci worked concessions.

Mr. Romero, who directed the cult classic, first met Mr. Ricci in the freshman registration line at the Carnegie Institute of Technology, now Carnegie Mellon, where Mr. Ricci took classes before moving to Pitt. The two started chatting, "And we've been chatting ever since," Mr. Romero said Thursday from his home in Toronto.

As a college freshman, Mr. Romero lived with Mr. Ricci's family in Clairton. Mr. Ricci taught his friend to drive, as the Bronx native didn't hold even a learner's permit.

"We just had a wonderful time.He and his family were very welcoming," Mr. Romero said.

Mr. Streiner, who later founded the company that produced "Night of Living Dead" with Mr. Romero, first met Mr. Ricci when the two shared a dressing room during a performance at Pittsburgh Playhouse. He remembered how Mr. Ricci could turn a phrase.

"His command of the language,coupled with how he thought about things, really made him a very rich and textual writer," he said.

Their relationship was "always supportive and sometimes very confrontational," but they remained lifelong friends and collaborated on various projects. Mr. Streiner will share excerpts of their colorful email exchanges in a eulogy Sunday.

In his later years, Mr. Ricci founded a company that produced local TV commercials and co-wrote the 1985horror-comedy "Return of the Living Dead," among other projects. One of his screenplays won top prize from the Houston International Film Festival.

Before his death, Mr. Ricci shared with both men parts of a novel he was working on, a tribute to family and friends. Mr. Romero praised the novel, noting that one character resembles him.

"He was a wonderful writer ...and we had a good time working together," Mr. Romero said. "In those days, we didn't know that we would ever make films professionally. We just had the desire."

After the Latent Image and working for several advertising agencies, he became the founder and president of"New American Films", a company that produced many local television commercials. At New American, he wrote, directed and starred in the film"The Booby Hatch". Rudy also co-wrote "The Return of the Living Dead". He then started Ricci Enterprises, which also produced local television commercials and had several different screenplay projects in the development stage. One of his projects was the recipient of the Gold Award from the Houston International Film Festival for Screenplay-Comedy-Original of"Night of the Real Dead People". Rudy loved sports and was an avid better-than-average golfer and tennis player.

He also taught himself to play golf with a fused right leg. While most people use a cane to help maneuver with a bad leg, he used his putter and a favorite golf club. He was always being asked, "Where can I buy canes like you have?". Mr. Ricci worked as a consultant for MJM Ventures, a Nevada based corporation that specializes in computer-statistical analysis and mathematical probability, from where he was able to incorporate his love of sports by handicapping pro football games.

Rudy had a huge love of life, and due to his acting talents, enjoyed entertaining his family and friends by telling great stories with humorous impersonations and dialects. At the time of his death, Mr. Ricci was working on a novel, "Dante's Itch", which was a tribute to his family and Italian heritage