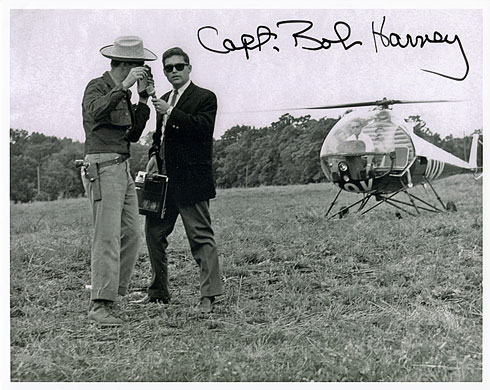 Bob Harvey joined KQV in 1964 and remained with the station through the end of the top 40 era and into the news era. 'Captain Bob' was a newsman, talk-show host and traffic copter pilot and reporter.  He was also the voice of KQV's "Turkey Man".

Below is a rare color pic of the late Bob Harvey in the KQV helicopter, the same one as seen in Night of the Living Dead.

Thanks to Jim Cirronella for the photo.