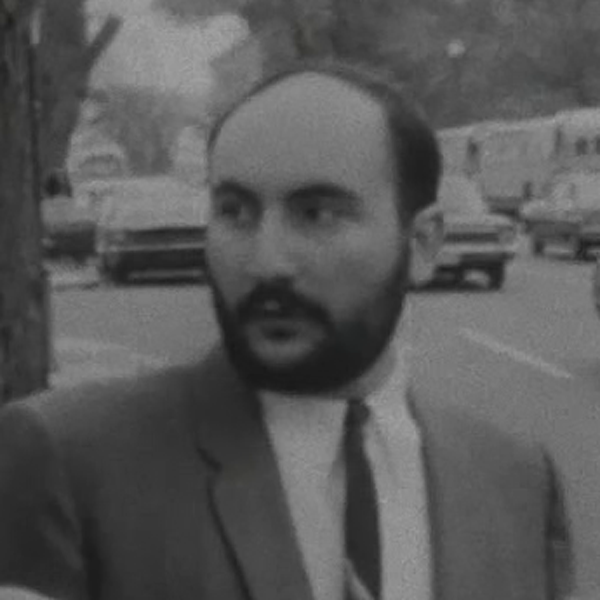 Mark Ricci, brother of Rudy Ricci . Mark played one of the Washington D.C Scientists in Night of the Living Dead .

Mark Anthony Ricci was one of those rare persons who, one could say has a "beautiful mind". Successful in many ways, Ricci along with partner Michael Kent ran MJM Ventures, a Nevada-based corporation, That specializes in computer-statistical analysis and mathematical probability which could be applied in many varied venues.

Founded by partner Michael Kent in 1983, MJM Ventures has been written up in many business and sports related journals, including Sports Illustrated, who in the eighties wrote articles raving about the Vegas-based "Computer-Group" that was so successful and so dominating in the Nevada World of Legalized wagering that the "Computer Group" had more influence on the Nevada wagering line than the oddsmakers themselves.

The company continued to be highly successful, so successful that many of the key personnel now employed through the company have been able to become philanthropists, giving financial aid to many worthy charities in the Nevada area.

Mark and Michael were both romanced by TV Producers trying to interest them in doing a sport show on Sport Handicapping, but this they turned down feeling the "entertainment business" could corrupt the purity of their product.

Besides MJM Ventures, Ricci also produced many software programs, mostly for training purposes. Some were educational, used to teach mathematics and problem-solving.

Some he used in classes and seminars, for Ricci took the time to do some teaching at various colleges, including Carnegie Mellon, his alma mater, and a few Mathematical journals, Mark Ricci also published articles on mathematics, probability theory and puzzle design.

Ricci loved teaching and was an exceptional teacher, who probably would have pursued a career in academia had MJM Ventures not been so successful.

Another area he could have easily pursued for profit, was the publishing and marketing of all the software he had produced, mostly done in the early eighties when the field was still young.

At times Mark even helped some of the brother's film and TV production company's with special effects, such as a solid rocket fuel for the Buhl Planetarium diorama.

Mark's talents seemed never ending. He even did some acting for film and TV for his brother and the "movie-gang".

Whenever the "movie-gang" needed someone to play a scientist, Mark fit the bill perfectly. He was a natural at this also.

Playing the Washington D.C federal scientist in "Night of the Living Dead" his part was to explain to the public why the dead were turning into Ghouls.

Marks brother Rudy recalls that Mark "was a quicker study than the actors on the set that day. he took to acting like a duck to water and knocked out his part on the first try."

For a Calgon commercial, Mark was the perfect scientist, who in a parody of "Fantastic Voyage" send a team of scientist (shrunk to micro-size) in a micro submarine inside a washing machine to study how Calgon removes gunk from clothes.

Mark and his wife Liz also took the time to travel extensively and "smell the roses". They saw a vast portion of the world together, travelling throughout the United States and an endless list of other countries, stopping at capital-cities plus numerous islands throughout the Caribbean and elsewhere.

Mark and Liz lived a wonderful 25 year, storybook romance, and had many friends; in fact, their relationship was somehow magnetic as they drew so many people together from all walks of life. Mark and Liz threw an annual picnic that had become a tradition, and it seemed to grow every year.

A brilliant mind, a beautiful heart and a wonderful soul, Mark Ricci was one of those truly genuine and irreplaceable people. Mark will leave a wide hole in the social fabric of all those who knew him.