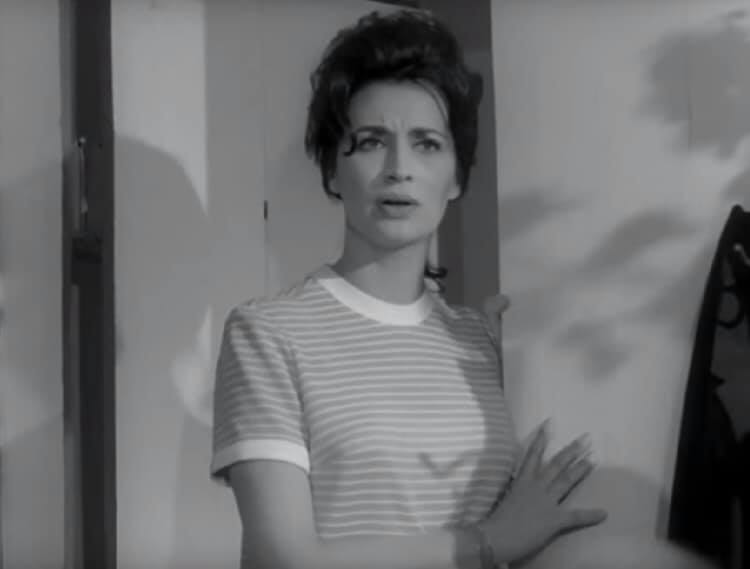 Marilyn started working with Karl Hardman in 1963 as a writer and voice artist. She won many awards in both the US and abroad as a commercial and industrial comedy writer. She was well known on Pittsburgh stages and has performed in hundreds of commercials.

in one 1965 Commonwealth Heating and Plumbing commercial, Marilyn starred as the Vampirish-like bewitching young lady, Commoneltha. The commercials were aired on the late night "Chiller Theatre", hosted by Bill "Chilly Billy" Cardille. Commoneltha would appear in an ornate bathtub, boasting that the bathtub was a gift from her "sweetheart, Count Dracula."

Marilyn Eastman had many of roles in the production of Night of the Living Dead, She starred as Helen Cooper, but also played the bug eating Ghoul. Marilyn was also a Make-up artist on the film.

After Marilyn passed away in August, her son John Eastman wrote:

Marilyn Marie Johnson was born in Davenport, Iowa on December 17th, 1933.   My mother moved to Pittsburgh in the early 60's and eventually joined  Karl Hardman at Hardman Associates.

In addition to her iconic role as Helen Cooper in the 1968 Horror Classic "Night of the Living Dead"  Marilyn was a Stage, Television and Radio performer as well as a writer and producer.

More importantly, she was a hard working single mother who raised my brother and I on her own.  I cannot overstate how much she enjoyed the affection and attention shown to her by countless NOLD fans, and up until several weeks ago, was planning personal appearances.       She is survived by my brother Michael and I,  5 Grandchildren and 8 Great Grandchildren.   Marilyn Eastman died peacefully in her sleep August 22, 2021, at the age of 87.   It was her desire to return to Pittsburgh and those plans are to be announced at a later date.