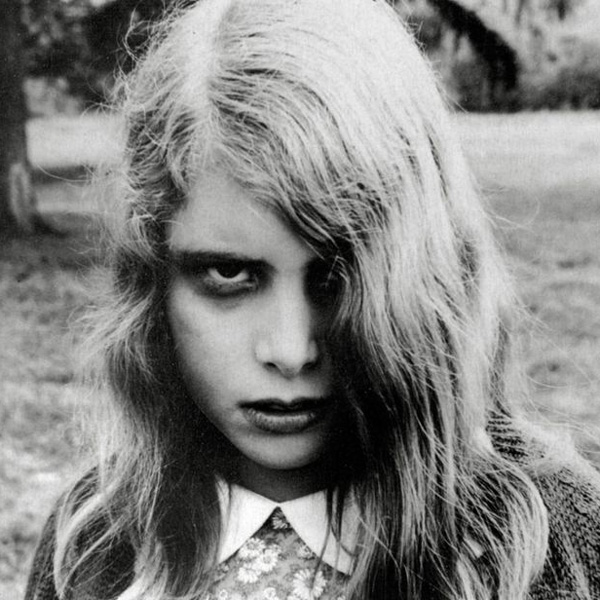 Kyra was 9 year old at the time she played the Little Ghoul Girl, Karen Cooper, in Night of the Living Dead.

As a young girl, Kyra had grown up watching shlock movies on Saturday's"Chiller Theater", Hosted by Bill "Chilly Billy" Cardille (father of Lori Cardille of Day of the Dead).

Her favourite movies back then were "The Crawling Eye" and "The Wasp Woman".

In 1967, after becoming a young Horror fan, she was thrilled to find out that she would be playing a Undead Ghoul in a Movie and could not wait to start chomping on people.

In the film Kyra plays Karen Cooper, the on screen daughter of Harry Cooper, played by Karl Hardman who is also Kyra's father in real life.

Kyra recalls none of her friends at school believed her, as they all thought movies were made in Hollywood.

Night of the Living Dead premiered October 1, 1968, Three days before Kyra's 11th Birthday, she was allowed to take a number of her young friends to the watch the screening at the Fulton Theater.

While watching the film, Kyra was watching their reactions when one of her friends nearly jumped out of her skin as the Ghouls arms came through the window.

In the scene where Ben drags the corpse at the top of the stairs, its actually Kyra laying on the rug.

According to Kyra, the dress she wore in the movie was made by her Grandmother, but unfortunately, her mother eventually gave the dress away after Kyra had outgrown it.

On rare occasion Kyra does appear as a guest at Horror Conventions, where she does love to meet the fans, so check out the Upcoming Events page for info.

Kyra has her own website at http://www.ghoulnextdoor.com/ and also has her own online store at Half-Light Hollow on Etsy with her hand made jewelry, "ghoulry," sculptures, gewgaws and baubles.