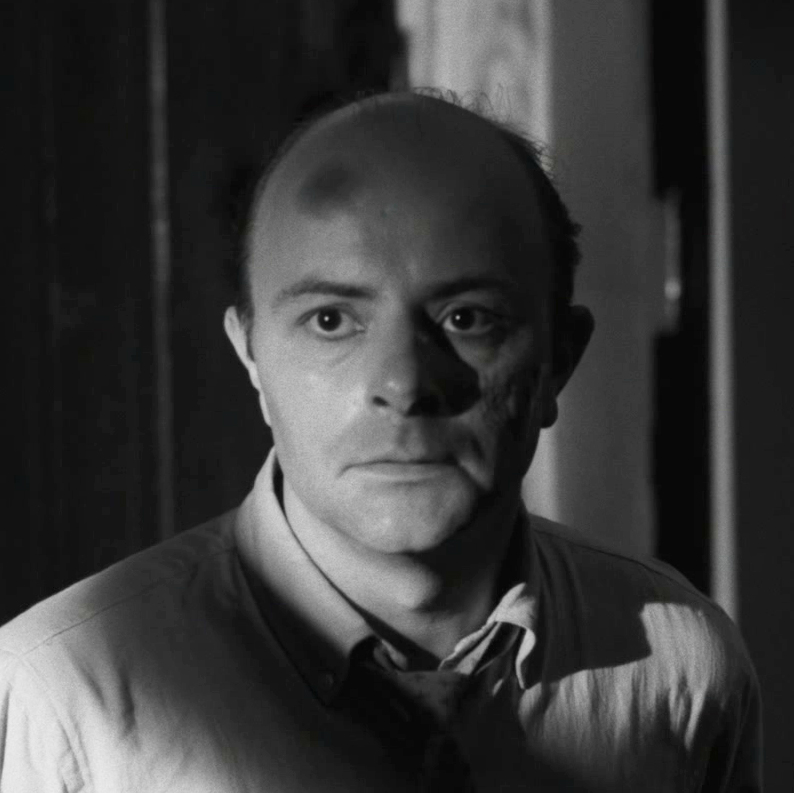 Born Karl Hardman Schon on March 22, 1927, In Pittsburgh. Karl’s parents moved him to Los Angeles in the 1930’s where he finished high school.Karl became a contract player for RKO Radio Pictures, where he took the name Hardman as his stage name. He was an Army combat Photographer in World War II, Karl returned to Pittsburgh in the late 1940’s and met Rege Cordic.

Karl Hardman was an institution in Pittsburgh for his long-timework on Pittsburgh's early morning, highly rated ‘Cordic and Company’ show hosted by Cordic on WWSW.

On Labor Day, September 6, 1954, Cordic and Co along with the list of characters and scores of voices including Omicron, the little man from Venus, had been signed to a long term contract with KDKA. Karl left WWSW and moved to KDKA with Cordic and Co. where they would continue hosting a very early version of the "morning madness" style of wake-up radio show.

Karl was part of the cast along with Bob Trow and Sterling Yates. Hardman's voice contributions included the characters of Louie the Garbage man, Roquefort Q. LaFarge, Mr. Murchison. and Sir Reginald Frothington.

December 1956 Karl Hardman, along with Cordic, took part in the “Spoof-tacular” special for the Stardust Melodies on KDKA-TV as his well-known character Reggie P. Frothingslosh from Frothingslosh Castle. The show would be ‘originating’from Upper-Crudney-on-the-Thames in Great Britain, and the annual banquet to celebrate the final batch of Old Frothingslosh Pale Stale Ale for export to Pittsburgh –The Beer so light the foam is on the bottom.

The fictional Beer had previously been advertised with slogans such as “a whale of an ale for the pale stale male.”  The commercials were so popular that in 1954 Pittsburgh Brewing Company had bought the rights to bottle it and packaged 500 cases to give to customers at Christmas.

In October 1957 Karl’s daughter Kyra was born, who would later star as Karen Cooper, Karl’s on-screen Ghoul daughter in Night of the Living Dead.

As an Educational TV Station, WQED offered a variety of subjects to its viewers, as a man of many hobbies, Karl Hardman was a prize pupil in the SCUBA School TV show for one of its broadcasts in 1961

Hardman continued collaborating with Cordic after the host moved to Los Angeles in 1965. His Partner Marilyn Eastman said in 2007 interview that “Karl and Rege were very close, Cordic tried to get him to go join him to work and live in Los Angeles, but Karl wanted to stay in Pittsburgh.”

In May 1963, Karl opened his new headquarters for Hardman Associates Inc., a production centre for recorded sound, located on Smithfield Street in downtown Pittsburgh. The Studio would later become known as Hardman Eastman Associates to include his partner in business, Marilyn Eastman's name.

January 1966, Karl along with Marilyn Eastman and Jason Flake produced the new morning show for WRYT Radio titled “The Tea House with Jason Flake” Flake’s true identity was another Night of the living Dead alumni,Charles “Chuck Craig”.  All three would write and perform the material for the show sketches, described as “a comedy Variety program with an off-beat approach.”

Through the world of recording and advertising, Karl had become friends with others in the industry, including friends at The Latent Image,a downtown film studio who had been making TV commercials and Industrial films.

Between the groups they decided they should try and make a movie.

The friends got together for a meeting in Karl’s conference room and joined together to form a third corporation, Image Ten, Inc.

As Karl was the right age for the role, he became Harry Cooper. Karl would co-star along his partner Marilyn Eastman, where they played the role of The Coopers, Karl's Daughter Kyra was also their on-screen child Karen Cooper.

Many of the people who worked for Hardman associates also became involved in Night of the Living Dead. Scenes for the newsroom were shot inside the Hardman associates office on Smithfield Street. Karl and Marilyn also provided the sound effects for the film.

Out of the hundreds of Night of the Living Dead publicity photos, many were photographed and printed out by Karl, as well as acting in the film, applying make-up to Ghouls, along with doing multiple other jobs that needed doing to get the job done, Karl was a truly important part of Image Ten and making Night of the Living Dead.

The Lincoln car seen in the Washington DC scene which the Army General gets into belonged to Karl Hardman. According to John Russo, the Tire Iron Ben uses in the movie to take out Russo’s Ghoul was from the trunk of Karl’s Lincoln.

By 1975 Hardman Associates had offices in New York, Munich and Dusseldorf, and was one of the fastest growing production companies in the United States.

Hardman’s company was hired by Sperry Rand for a production at the Paris Air Show to dramatize the application of computers to air line operations. Don Orr, Manager of Marketing development at Hardman Associates said, “Industry wanted to get rid of dull reports and tap into the entertainment circles to jazz up sales and stockholder events and Hardman’s Creative Ability was what set them apart from other production companies.”

Hardman Associates also worked with the Children’s Television Workshop in 1975 to produce some programs for Sesame Street and the Electric Co.

In 1978 Karl Directed the theatre show in Pittsburgh “Who’s Afraid of Virginia Woolf?” with Marilyn Eastman playing the part of Martha.

In 1980 Karl and Marilyn recorded “The Last of the First Family” a comedy record about President Jimmy Carter and his clan. The spoof was thought up in July 1980 when media fascination with Billy Carter’s Libya connection was peaking, Karl and Marilyn decided the antics of the Carter Family. Hardman and Eastman wrote and produced the album on the Coin Flip label,play most of the parts. The on e notable exception is the president. For this,they enlisted disc jockey Kurt Kilpatrick, who was something of a celebrity in Tampa for his impersonation of President Carter.

Karl was also a classic car addict, in his collection he possessed a 1937 Packard V 12, formerly owned by the late singer Grace Moor, another 1937Packard convertible coupe, a Mark IX Jaguar and a ’54 Packard. 1n 1959 Karl took second prize at the East Liverpool Classic Car show with his 1937 Packard.

Karl loved to meet the fans at horror conventions where he would sometimes be in costume including applying make up to his head for the bruising effect.