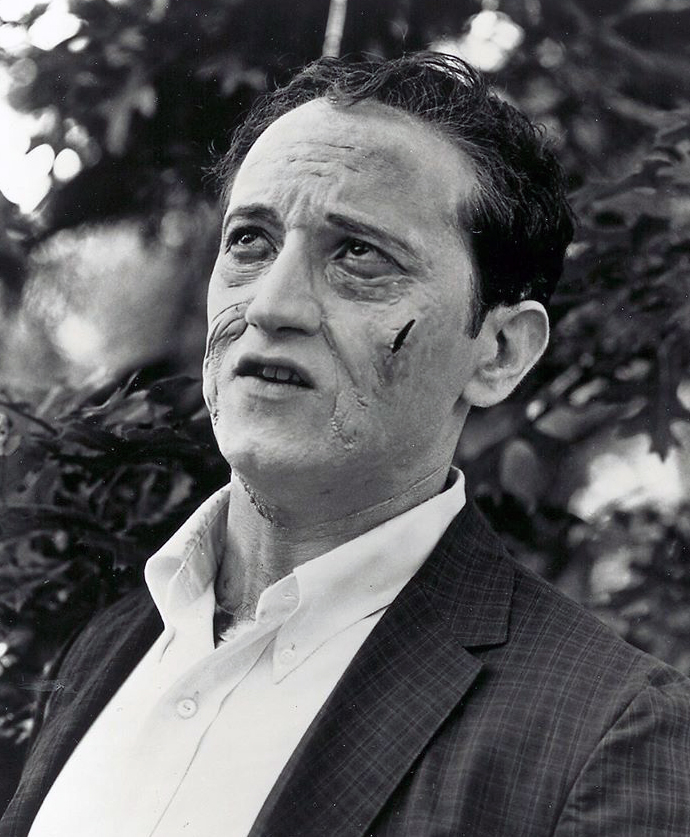 John or 'Jack' Russo as he is known to his friends was one of the original Investors in Image Ten and Night of the Living Dead.

John had multiple roles in making the movie including writing and acting among other jobs. He appeared in the movie as the Tyre Iron Ghoul, according to him, the Tyre Iron used to dispatch him was from the tool kit in the trunk of Karl Hardman's Lincoln.

On the day of the Cemetery shoot, nobody else was around to be the Cemetery Ghoul, so John volunteered, He got into the Ghoul makeup ready for the scene when Bill Hinzman showed up, George had wanted Hinzman to play the part so he took over. John continued working the clap stick and loading camera magazines, Still dressed as a ghoul.

Other scenes that include John in small roles are in the Washington D.C he is in uniform and opens the car door for the General to get in, John is also the staggering Ghoul that gets lit on fire after Harry Cooper throws the Molotov cocktail out of the bedroom window.