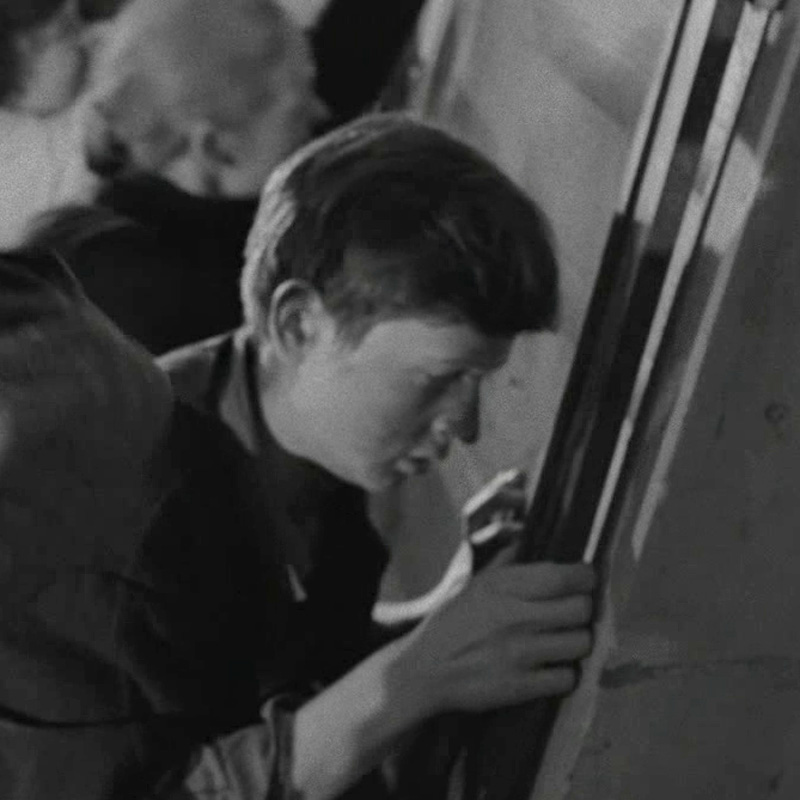 When John was in his Teenage years, he had developed an interest in Film and television. His sister had introduced him to Jack Givens, who was the Chief audio engineer at Hardman Associates. Jack Givens had told John, he and his friends at at Karl Hardman's Studio were in the process of making a Monster movie and that he may be able to play a part in the movie. John called the recording studio for weeks, asking if he could talk to Givens, only to have the receptionist tell him no, then one day Givens answered John's calls and got him the role of a Teenage Ghoul in Night of the Living Dead.

Jack Givens gave John a ride up to the Evans City Farmhouse and explained what to do when the camera rolled, "Don't walk like Frankenstein." , He was also instructed not to exhale when filming the scene, as the Ghouls were dead and would not be breathing.

John filmed his scene of the Ghouls advancing on the farmhouse in one night, but spent two days on the set, where he was able to get a look at how the film was being made.

The cast and crew of Night were all at the Premiere screening in the Fulton Theater October 1, 1968, John was invited and took along his sister and his date to watch the movie.

John Graduated Carrick High School and went to Los Angeles where he earned a degree in film making at the California Institute of the Arts.

He later returned to Pittsburgh, where he worked as a video editor for local TV stations WTAE, WQED and KDKA.

While at a screening of Night in 2012, John was in the audience when a friend outed him as being in the film, to Gary and Russ Streiner who were on the stage, John was invited up to tell his story.

Since then has been a guest each year to the Living Dead Festivals and Living Dead Weekends held in Evans City.

In 2013 John added his bloody hand print and autograph to the Maul of Fame in the Living Dead Museum.

In 2018 John returned to the Byham Theater, (formerly the Fulton) to celebrate the 50th Anniversary of Night of the Living Dead, back in the same place nearly 50 years to the day it first had its premiere.

Sadly, John Kirch passed away on December 16, 2021 from complications of a triple bypass surgery.

John loved the history of Pittsburgh and would regularly post videos on his Facebook group and YouTube Channel called The Pitt Parade, you can view the videos at the following link.

He will be sadly missed,

R.I.P. John Kirch, the Teenage Ghoul from Night Of The Living Dead.