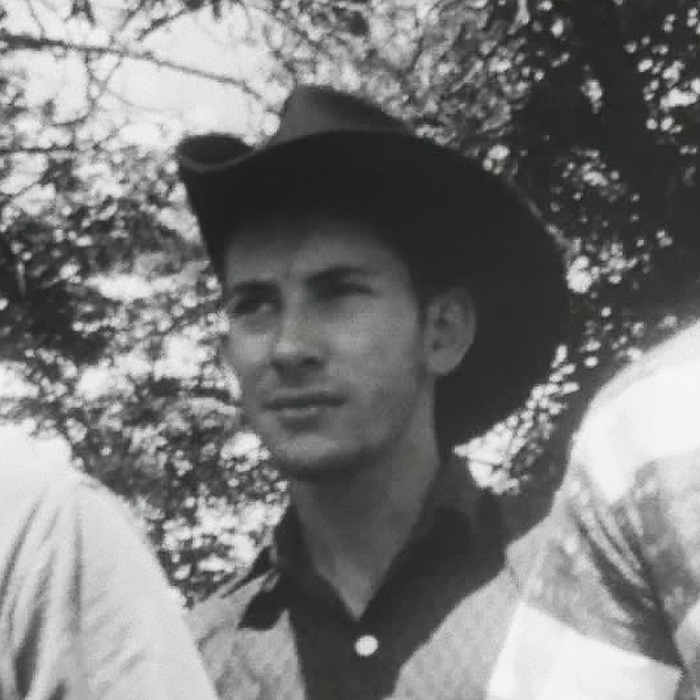 When NIGHT OF THE LIVING DEAD was being filmed, one Evans City resident signed up for the production and thought of a way he could be recognised easily in the movie forever. He created his unique look, a pinned up cowboy hat, to stand out from the others.  That man is Mr. Dick Heckard.

While he was in the military he was stationed in abroad, he and some colleagues were walking on the street when he noticed Night of the Living Dead was playing at the nearby cinema. Dick proceeded to tell his friends that he was "in that movie", but none of them believed him. He waged a small cash bet that after they saw the film they could pay up if he proved them wrong. Of course, Dick came out of the screening a few dollars richer that day.

Dick still lives in Evans City and has been a regular guest at the Living Dead Festival and Living Dead Weekends held there.

His military veterans banner is even displayed on the street in front of the old Living Dead Museum location.