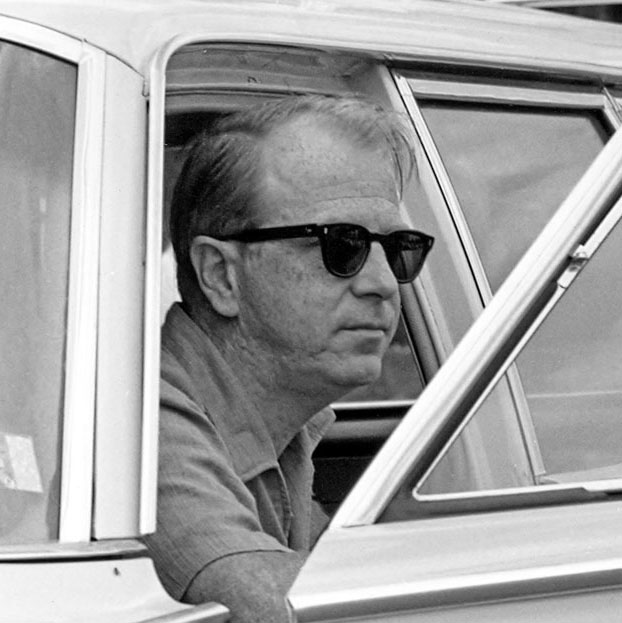 David West Craig was born on February 17, 1925 in Pittsburgh. Son of David and Ella (Williamson) Craig.

When Night of the Living Dead was being filmed, David Craig was the safety administrator of Pittsburgh, He arranged for the police and police dogs to be present on location.

Judge David W. Craig, whose contributions to his community included keeping the peace, handing down justice and planning the city's future, died Monday 11 February, 2008 at Asbury Heights retirement community in Mt. Lebanon. He was 82.

A native of Garfield, Mr. Craig was the first person to head three different city of Pittsburgh departments. He later was appointed to Commonwealth Court, where he served for 16 years, including a time as president judge. He also served on the city's Government Study Commission, which wrote Pittsburgh's Home Rule Charter.

In all his undertakings, he kept to a personal standard of hard work and serving the public.

"He was a lawyer's judge, in the sense that he listened to the argument. He was fair," said Clifford B. Levine, who was a clerk for Mr. Craig before becoming a lawyer with Thorp, Reed & Armstrong, Downtown. "He didn't get distracted by procedural issues, and he always understood that there was a real person behind the case. In the workers' compensation cases, for example, he didn't forget that there was a coal miner dying of a disease. It wasn't abstract. He would follow the law. He just did it with that empathy toward the individual."

A graduate of Peabody High School, Mr. Craig interrupted his aspiration of attending college by joining the Army Air Corps during World War II. A B-17 bomber pilot who flew 17 missions in Europe, he was put in charge of a crew of 10 men while he was still a teenager.

"He was the youngest member," said his daughter, Linda Craig Mooser of Connecticut. "He hid his high school ring in his foot locker so no one would know his age."

At the end of the war, Mr. Craig was awarded the Distinguished Flying Cross and returned to Pittsburgh, where he married Ella V. Craig in July 1945.

"He wanted to be an airline pilot, but he was too young," Mrs. Mooser said.

Mr. Craig went on to the University of Pittsburgh, where he earned degrees in English and economics. During his third year of law school, he wrote a book about Pennsylvania's building and zoning laws, showing attention to the concerns of land use, growth and development that would serve him the rest of his life.

He graduated with a law degree from Pitt in 1950 and began his private practice, but it wasn't long before he was on the path toward public service.

Among his earliest ventures was as chairman of the Pittsburgh Planning Commission in the late 1950s, where he oversaw much of the work that went into the city's first Renaissance.

In 1961, then-Mayor Joseph Barr appointed him city solicitor, a job in which Mr. Craig acted as a consumer advocate, taking on public utilities, railroads and insurance companies, on behalf of citizens.

In 1965, Mr. Barr tapped him as director of public safety, making Mr. Craig the city's highest-ranking civilian police official. Mr. Craig was praised by Newsweek magazine for the calm that prevailed in Pittsburgh while other American cities wrestled with race and anti-war violence.

As Pittsburgh's public safety director during the 1968 civil unrest in the city following the April 4 assassination of the Rev. Martin Luther King, Craig was one of several leaders -- black and white -- responsible for keeping the violence from escalating to levels hit in other Northern cities.

On April 10, 1968, after the majority of the riots had subsided, Public Safety Director David W. Craig put 20 African American youth to work in the Hill District and Homewood with the job of walking through the neighborhoods encouraging peace. These young men wore red fluorescent vests to designate their status. Local papers called the effort “Operation Red Shirt” or the “Red Smocks.” In police reports, the group was referred to as the “Red Vests.”

"He foresaw problems before they developed and acted. He would communicate and be seen," Mr. Levine said. "There once was a problem in the Hill District, and it was Christmas Day, I think, and something was heating up a little bit. And he personally went out there."

"He used to make headlines," his daughter recalled. "It was pretty embarrassing to be a 12-year-old and have your dad's picture on the front page almost every day."

In 1978, Mr. Craig was appointed to a vacancy on Commonwealth Court, where he earned a reputation as a strict constructionist, a judge who believed his role was to ensure that the laws were interpreted as written and not insert his own ideas into the process.

"He saw things with such clarity," Mr. Levine said. "He could break down these issues. He would interrupt attorneys and say, 'Isn't this a case about ... ?' and in one or two sentences summarize everything and focus on the precise issue. And that became the base, and whether you won or lost the case, you knew that he understood exactly the arguments. He could just cut to the heart of the matter.

"When he was on the court, the other eight judges were better. He elevated everybody to the highest levels. ... Other judges saw him and saw how the ideal judge would act."

During his 16 years on the bench, Mr. Craig:

• Ordered the Pittsburgh school district to amend and modify its desegregation plan to correct racial imbalance.

• Told volunteer fire companies that they could not reject women who qualified for membership as firefighters.

• Informed motorists charged with drunken driving that they could not use the excuse of extreme intoxication to justify their refusal to take the breath test.

• Stated that the time period for coal miners with black lung disease to file a compensation claim didn't begin until the miners learned they had the disease and that it resulted from their work.

• Ordered that a governor had to issue death warrants within a reasonable time.

• Held that Common Pleas Court judges had to justify their local court's need for additional jobs before ordering their county commissioners to give the court system additional funding.

Mr. Craig also was a gifted instructor, teaching law at Yale, Carnegie Mellon and Pitt, and each year he instructed appeals court judges from across the country at New York University law school.

"He was a busy man, but he was not an absentee father," Mrs. Mooser said. "He was always involved with his church, his community. But he loved his work. He loved contributing to the public good."

Judge Craig retired from the Pennsylvania Commonwealth Court in 1990 after 17 years of distinguished service. He was a prominent Pittsburgh attorney for more than five decades.