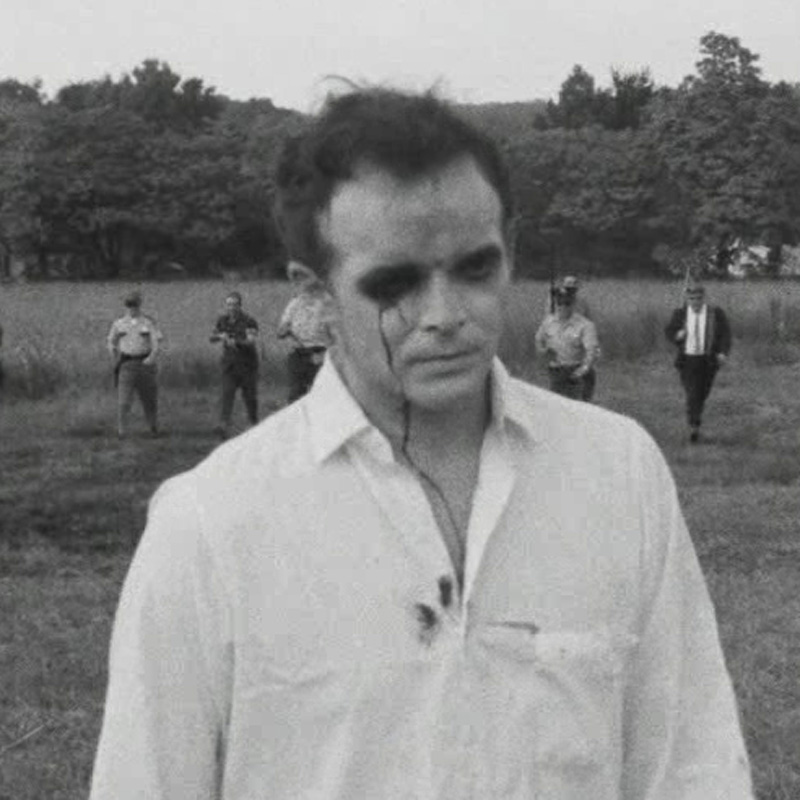 Dave had worked with Bill Cardille and had found out about Night of the Living Dead through Bill, the news editors at the station had asked Dave to visit Evans City to do a news story on the film being made.  Dave went to Evans City to do the story and as a result, ended up getting a role as a Ghoul in the film.

Some behind the scenes photos of Dave on the set for the News report show him with John Russo and Judith O'Dea in the farmhouse.