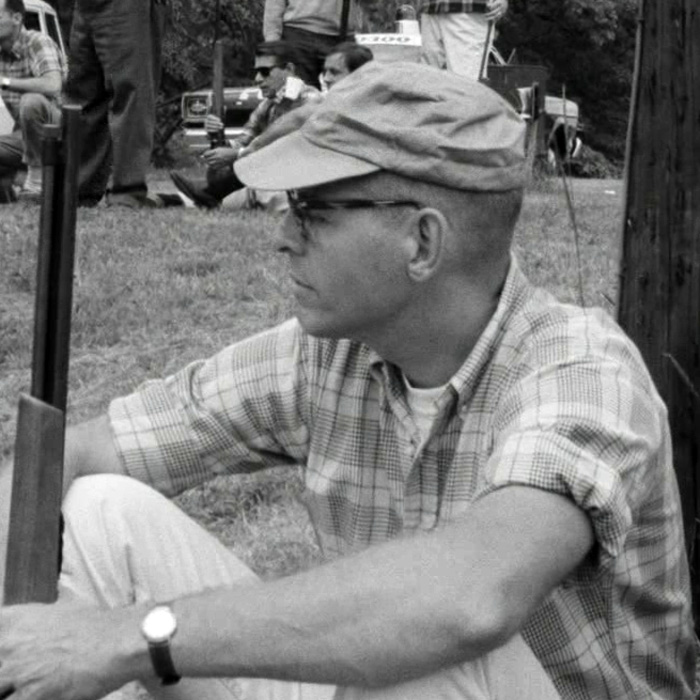 Both Ann and Al had graduated Michigan State College June 1951 where Al was a member of the Theta Xi Fraternity, He majored in Speech and Radio.

Al worked for the Sutherland paper co until around 1955 then served as President of the Southern Michigan Industrial Editors Association.

Al worked as a PR agency consultant and former Bozell Public Relations SVP, but had his PR career in October 1962 at Ketchum (then Ketchum, MacLeod & Grove), in Pittsburgh where he worked for eight years as group manager and VP in its Pittsburgh office.

In the late 60's Al was a client of The Latent Image and would show up from time to time to be in their productions. This led to him getting a role in the George Romero Horror classic, Night of the Living Dead, where he can be seen as a gun-toting posse member, hunting down the ghouls in the film.

He eventually worked for The Latent Image on other films, "The Crazies" and "Season of the Witch". He makes a small appearance in "There's Always Vanilla" at the end of the movie, painting Terri Terrific’s old apartment.

In June 1973, he joined Aitkin Kynett Co. in Philadelphia, working as VP and director of PR for five years.

Croft was hired by Bozell as Midwest regional manager in Chicago in 1978. Nine years later, he left to launch his own PR consultancy, AC Croft Associates.

During his time as a consultant, he wrote the book Managing a Public Relations Firm for Growth and Profit, published in 1996. Croft was also a contributing editor of Public Relations Quarterly and published a monthly newsletter called Management Strategies for a number of years.

He is survived by his wife, daughter, and granddaughter.